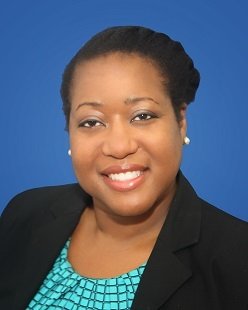 Prior to attending law school, Tamar worked for several years as an immigration paralegal where she gained valuable experience working with employment-based petitions and applications. Prior to joining the firm, Tamar worked for several years at another immigration law firm where her practice focused primarily on detention and removal cases, motions to reopen, cancellation of removal relief, affirmative and defensive asylum claims, temporary protected status and other family-based petitions.

Tamar has testified before the Virginia General Assembly in support of amending state laws to the benefit of immigrants and the Commonwealth of Virginia as a whole, and has shared her knowledge with other attorneys by presenting at state and nationally-sponsored bar events. Tamar presented at the 2017 American Immigration Lawyers Association (AILA) National Conference on a panel entitled "Humanitarian Options of Last Resort." Tamar is licensed to practice law in Virginia, and is a member of the Virginia State Bar, the American Immigration Lawyers Association (AILA), and is a top-rated attorney selected to Super Lawyers Rising Stars for 2019 - 2021. Only a few attorneys from each state are selected to Super Lawyers designation for any given year. The multi-factor selection process includes independent research, peer nominations and evaluations, as well as professional achievement in legal practice.

She is a first-generation American of Jamaican heritage and a native of New York City, and is fluent in English and Spanish.

Honors and Awards:
Moot Court
William and Mary Journal of Women and the Law