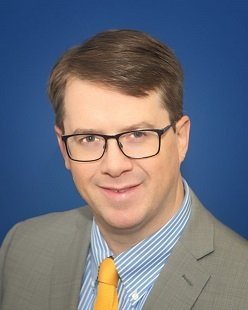 Daniel holds a Juris Doctor degree from the Southern University Law Center in Baton Rouge, LA, a Master’s Degree in History Education from Columbia University in the City of New York, and a Bachelor’s Degree from The University of North Carolina at Chapel Hill in International Studies and Spanish. Prior to joining the firm, Daniel worked as an associate attorney at civil defense firms.

During law school, Daniel interned for the Louisiana Attorney General’s office, clerked for a federal district court judge, clerked in the Federal Public Defender’s office, worked as a summer associate at a civil defense firm, and served as a Student Attorney in the Criminal Clinic defending low-income clients in front of the court. Daniel received the CALI Award for Excellence in Legal Writing and was a published author of an article on Constitutional Criminal Rights in The Journal of Race, Gender, and Poverty.

Prior to law school, Daniel served as a Peace Corps Volunteer in the northern mountains of Nicaragua for three years as a teacher trainer, taught English in a Japanese high school with the Japanese Exchange and Teaching (JET) Program, and worked as a program associate for a humanitarian agency in India, Sri Lanka, Thailand, Afghanistan, and Papua New Guinea. For five years, Daniel taught high school history in New York City and New Orleans, Louisiana.

Daniel is licensed to practice law in Louisiana and U.S. federal courts. He is fluent in Spanish.